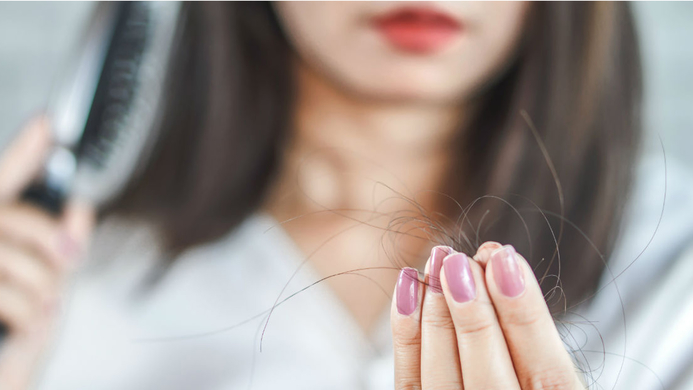 Cancer patients undergo numerous physiological and psychological health transitions that may influence their perceptions about their personality, body appearance, and communal interactions. Chemotherapy is one of the most implicated treatment therapies for cancer and involves lengthy intervals of therapy including several appointments, prolonged hospitalisation, and numerous adverse effects involving nausea, vomiting, diarrhoea, exhaustion, lack of appetite, and alopecia.

At present, there is no accepted pharmacological therapy that can assure its management. A study was run to evaluate the efficacy of QR678 Neo therapy in the treatment of persistent chemotherapy-induced alopecia treated with cytotoxic chemotherapy for breast and lung cancer respectively. One of the inventors of the therapy is Dr. Debraj Shome, Clinician Scientist and Leader, R and D team, QR678 & Director, The Esthetic Clinics.

The result: Marked improvement was seen in the global assessment score at 6 months which was maintained even after 1 year. The mean score increase in hair count at 6 months was 12.71 which further increased at 1 year. A high satisfaction score was given by patients for slowing of hair loss as also for overall hair growth. For appearance and growth of hair, and the mean value were 3.4  and 3.8 respectively.  Overall, results showed that the combination of several growth factors in QR678 and QR678 Neo is safe and equally efficient for both male and female pattern hair loss.

Conclusion: The bioengineered formulation of QR678 showed to be significantly safe and efficient for chemotherapy-induced alopecia. Improvement in hair growth was maintained even at 1 year of follow up. No patient had any adverse effect and injections were easily bearable by most of them.

Alopecia-inducing chemotherapy treatments will last for a minimum of 9 months, though most frequently for up to 21 weeks, while patients may have to contend with a bald head or fine hair for an estimated up to 9 months. Even if the frequency and extent of hair loss are linked to the group and the number of drugs prescribed, more than 80% occurrence of alopecia is recorded with antimicrobial agents, 60-100% with topoisomerase inhibitors, >60% with alkylating agents, and  10-50% with antimetabolites. Alopecia is a major source of stress for people with cancer. Even though the cancer is cured, the patients are reminded of the trauma they endured with pertinent hair loss.

This has a demoralizing effect on the psyche and lowers their immunity from recurrences to Cancer. While it may look like a cosmetic issue, it tends to be a damaging mental issue. The study shows that hair fall does lead to psychological impact affecting personal relationships, confidence, growth prospects, making one look low on energy and vitality. The Government of India perceives hair growth as a consumer line item i.e. GST is charged as the Government believes that hair regrowth is for cosmetic purposes only, however, the QR678 studies show it is a medical issue leading to psychological factors.

The comparative trials between the QR 678 and PRP treatments have demonstrated that the therapy causes almost 300% better results than the PRP. The therapy is a non-surgical, non-invasive, safe and pain-free plant-based formulation, also increases the uptake of the traditional hair transplant procedure by more than 50%. QR 678 has received both Indian and USA patents and has demonstrated amazing results in over 21000 patients across various age groups. The formulation is now being used in ten plus countries and is scheduled for European Union and United Kingdom launch in September 2021.

Alopecia is a major source of stress for people with cancer and QR 678 bridges the gap as a proven solution. The Esthetic Clinics uses QR 678 treatments to treat the root cause of hair fall and promote hair regrowth for natural-looking results.